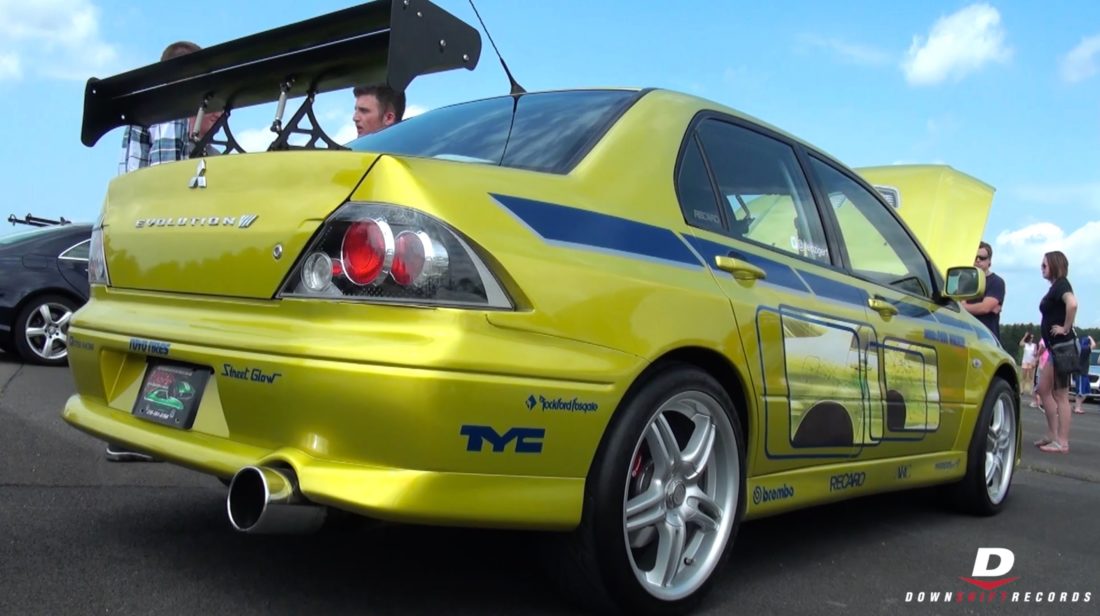 This car provided by Mitsubishi, Japan. They were really Evo VIIs, but Mitsubishi wanted to showcase them as Evo 8s. To do this meant grafting in Evo 8 taillights. Problem was, they didn't have any extre Evo 8 taillights to give us. We opted to use aftermarket taillights from Genera TYC, but fitting them took hours of customization work. 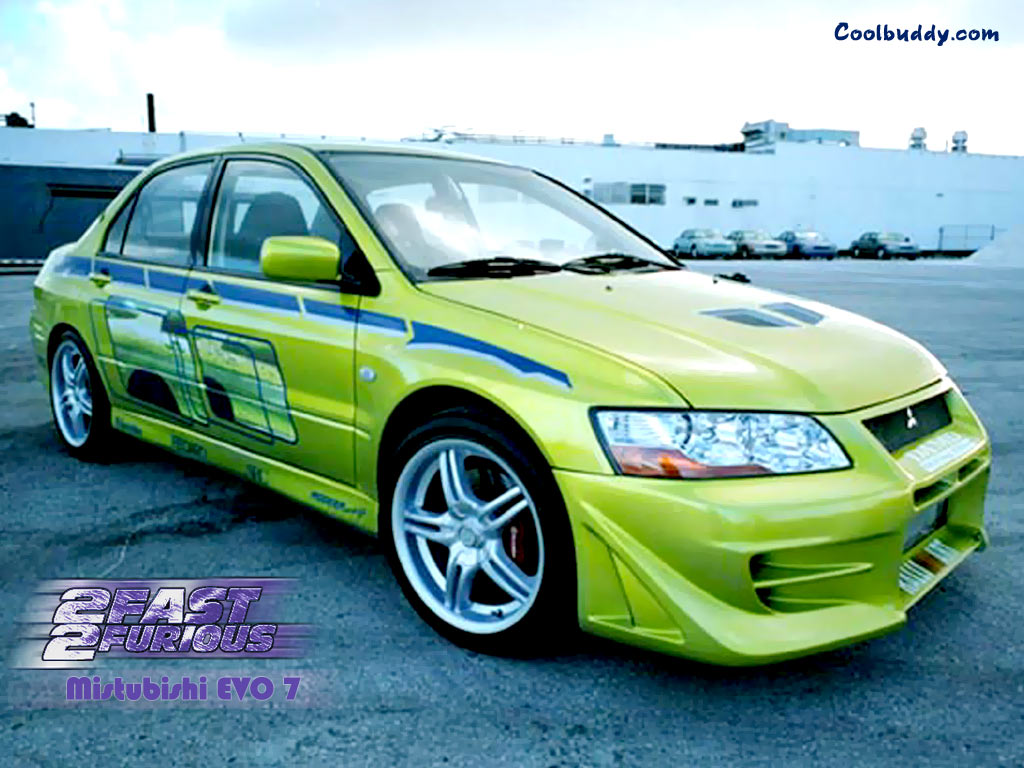 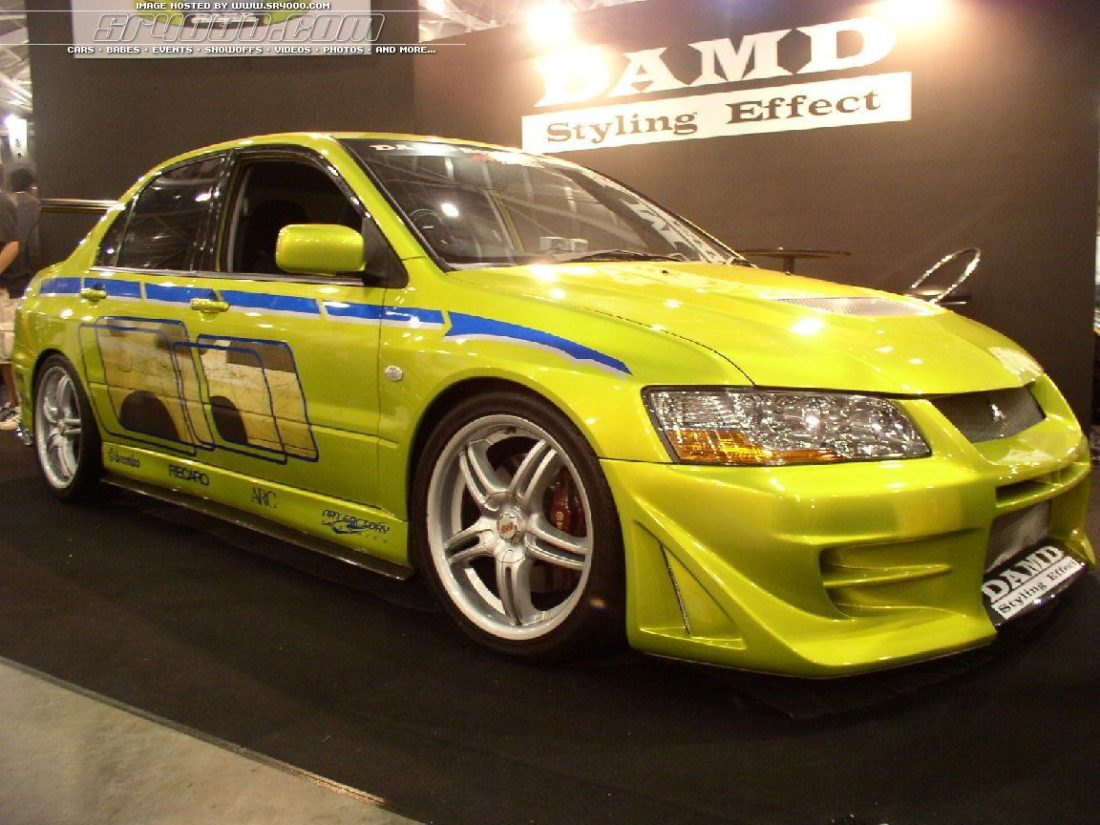 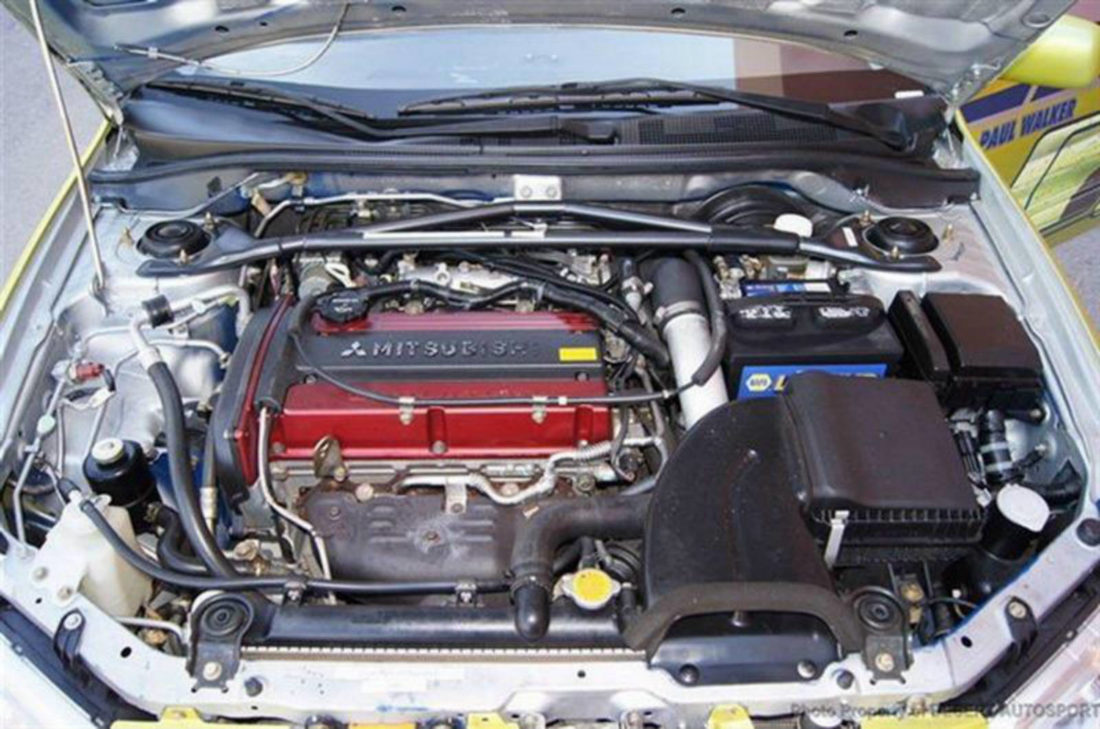 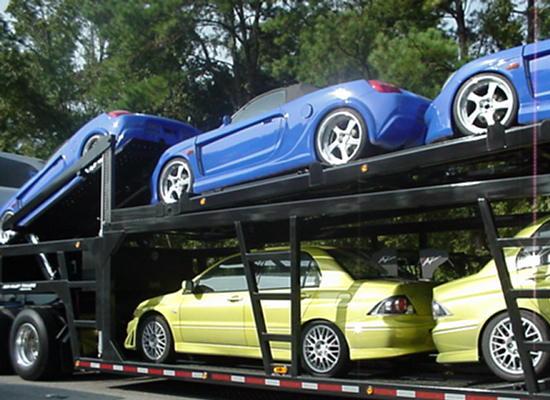 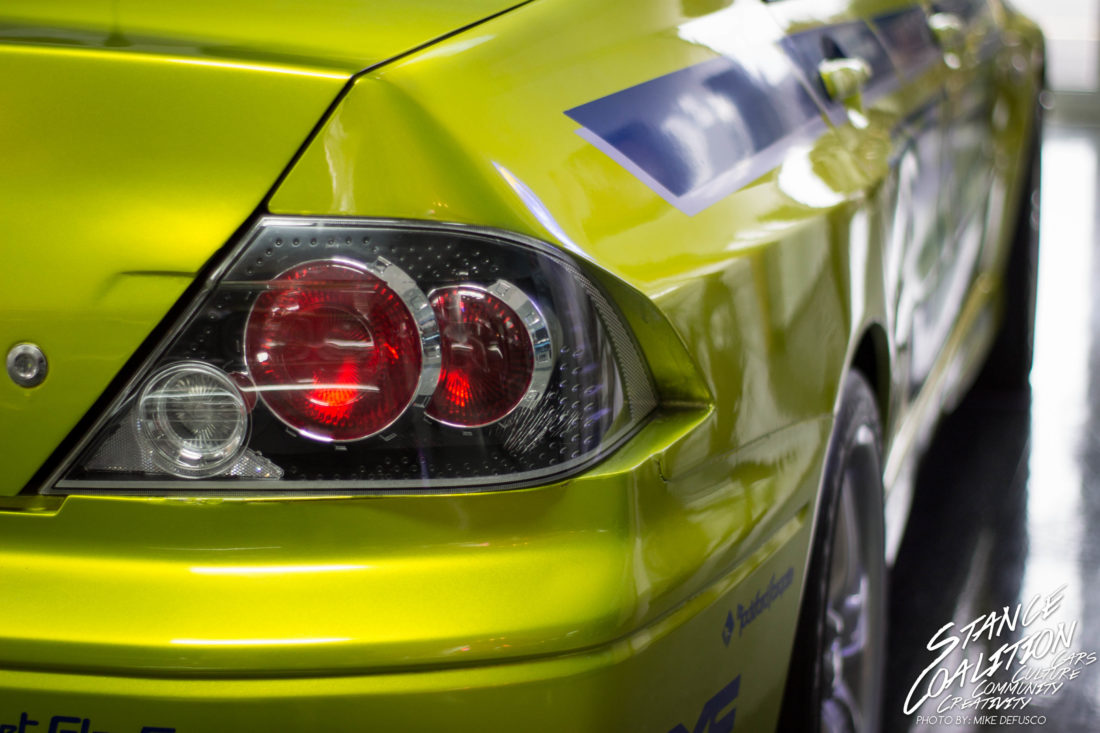 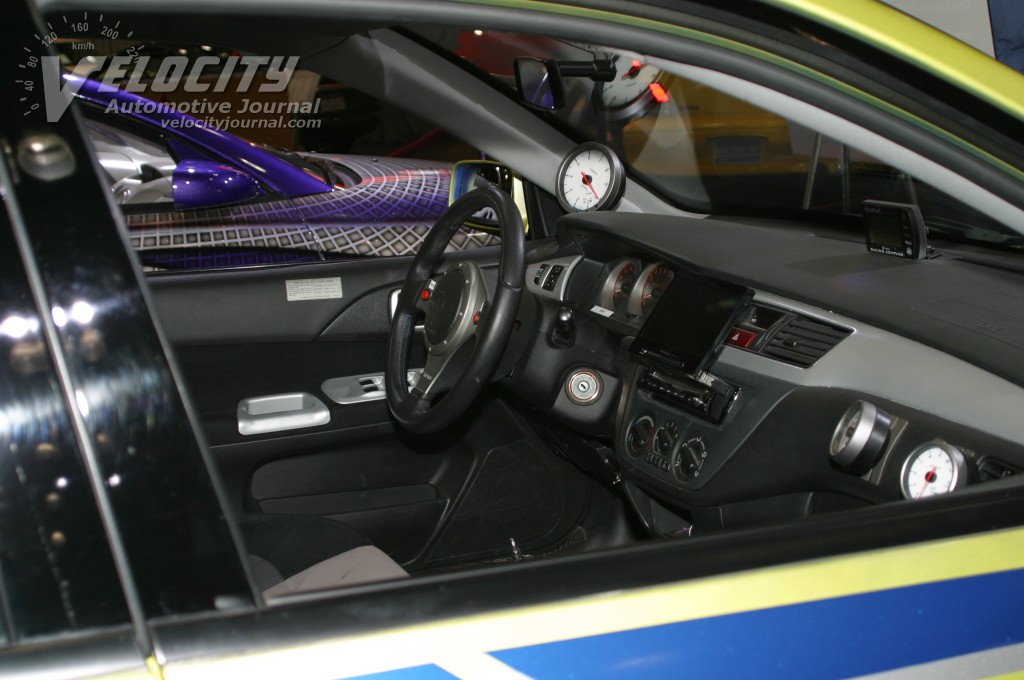 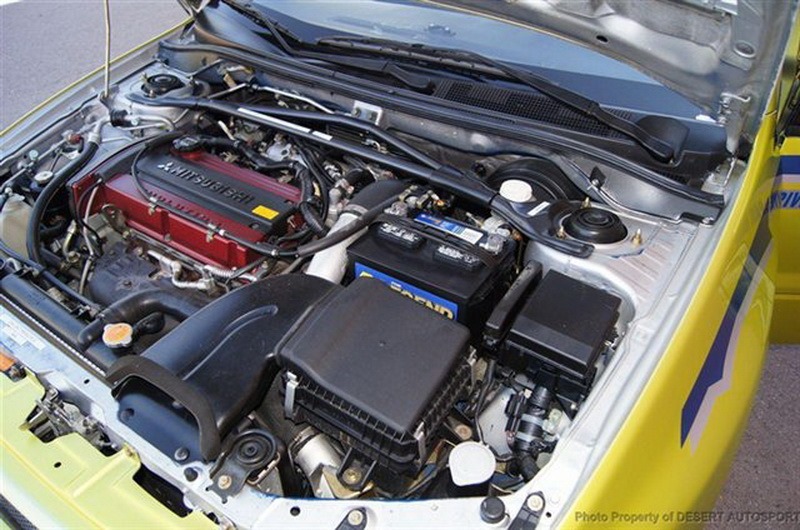 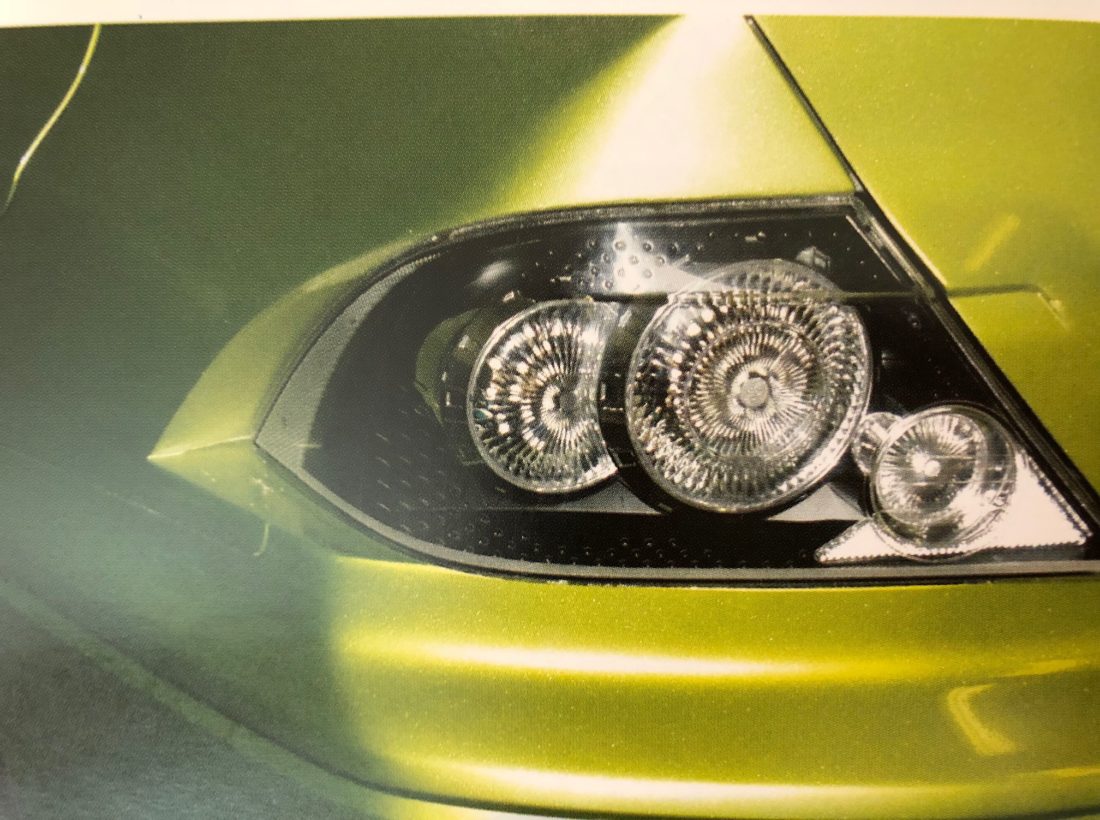 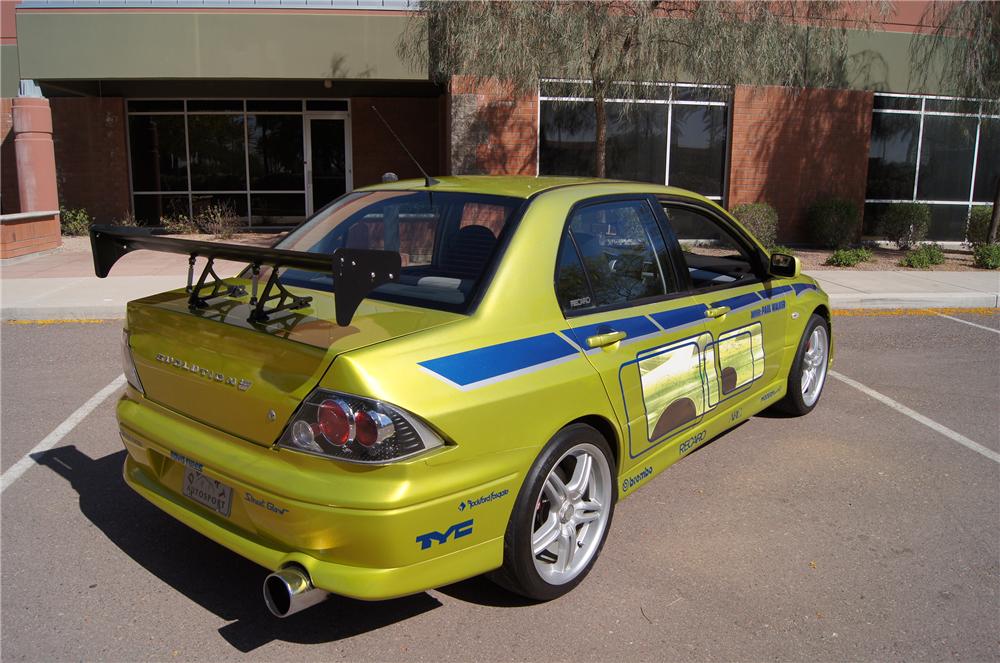 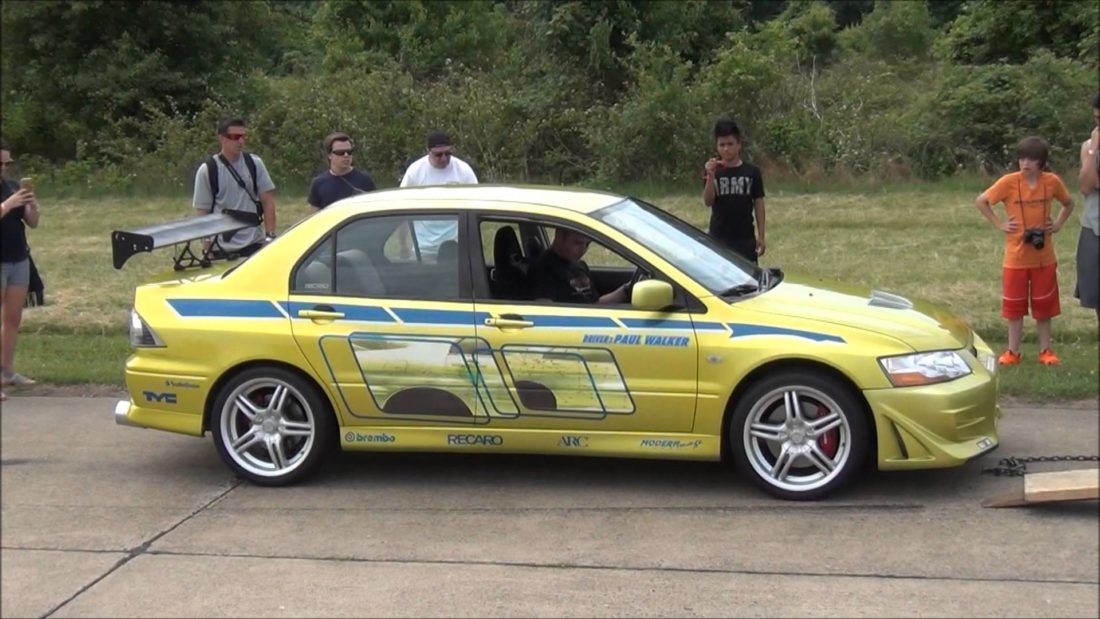 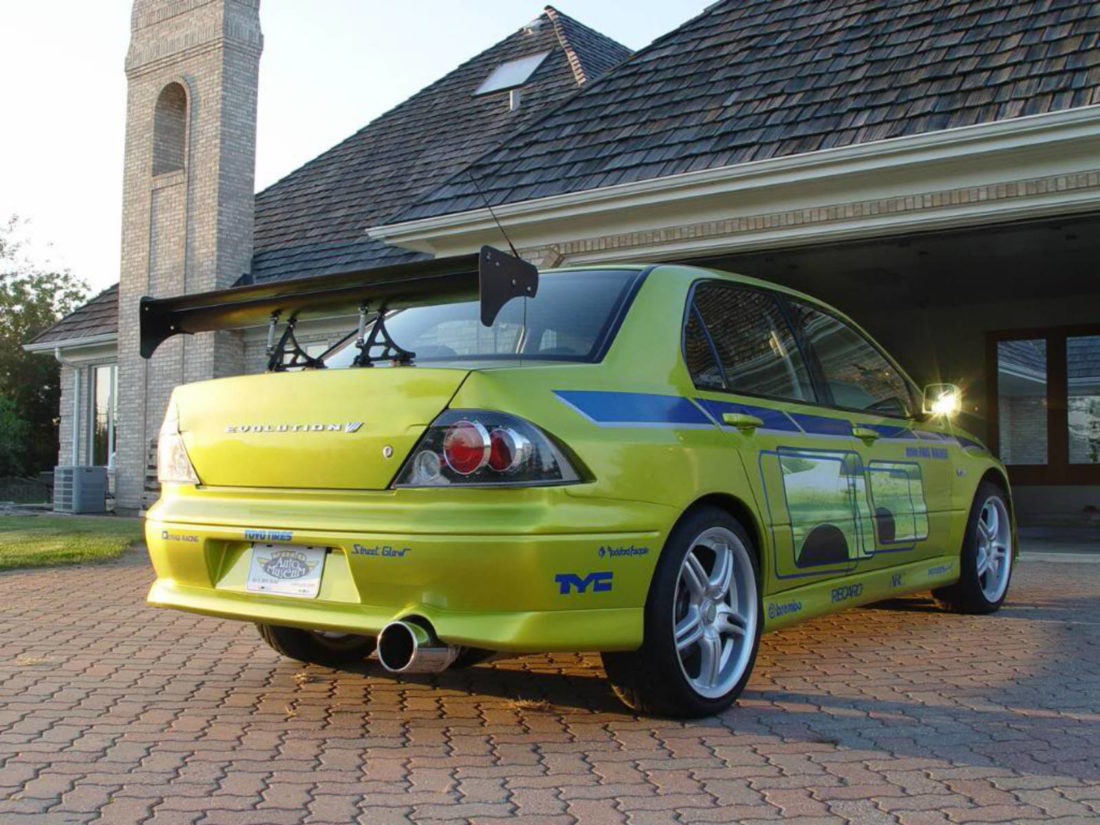 NOTE: This car is NOT to be confused with the one we built for the “Fast and Furious Tricked Out” DVD. The car we used in that DVD featurette received many modifications. Although the car looked like it had a nitrous system, it was faked for the movie. No nitrous system was ever connected to any of these cars on-set.

ALL of the Evos we used in 2 Fast 2 Furious had ZERO engine mods.

Since the Lancer Evolution had not yet made it to the United States back in 2002 (when we were making this movie), Mitsubishi intervened. They intercepted a shipment of EVOs that were destined for a Rally team in Austria (this is why the cars were Left Hand Drive (LHD) by the way).

The problem was that the cars were EVO VIIs (EVO 7s for those that don’t understand Roman numerals) and Mitsubishi would never sell that car in the U.S., so Mitsubishi asked us to make the car look like the soon to be arriving EVO VIIIs . This meant doing surgery to the rear taillights.

A company called “Genera/TYC” provided the lights and Eddie Paul’s technicians did the surgery. These cars have confused many people over the years.

The motors were stock – no mods – but we had a total of four cars.

After the movie production was completed, the four Evolutions were to be returned to Mitsubishi Motors North America Inc., as they were all here in the U.S. on a temporary bond. It is likely that they then were to be crushed or exported, since Lancer Evolution VIIs were never sold in North America. How the three EVO VIIs got past all of that and into private owners’ hands can only be speculation. If I had to guess, these cars were registered in states where they don’t pay too much attention to gray market imports, wonky VIN numbers (Japanese VIN numbers are different than those in America, or Austria, for that matter).

After researching to the best of our ability, we have arrived at a plausible deduction. The studio held onto the vehicles after production finished using them for promotional purposes by passing them out to many automotive magazines like Motor Trend, Sport Compact Car, etc., which in turn compiled feature articles. The studio may have kept them long after that with the intention of using them again in a possible third film. We now know that that was not the case as Mitsubishi supplied real JDM right-hand-drive Lancer Evolution IX’s for the third iteration of the franchise. Those vehicles were returned to Mitsubishi after production and all of them were crushed. Many of the movie cars from 2 Fast 2 Furious were also used in promotional roles at certain automotive venues.

One of those venues is at Universal Studio Tours in Hollywood, Southern California, where several of the original cars remained on display for some time, although it should be noted that this does not include any of the EVO VIIs. As far as we can tell, the production company sold the cars sometime during 2006, as display or track-only vehicles, to “Picture Car Studio Warehouse”,  which in turn sold the cars to “Speed Gallery.” From there, they were sold to private owners except for one which went to the Volo Auto Museum.

The three EVO 7s that have been located are labeled studio cars #42, 43 and 44, the fate of the fourth one, #45, been rumored and presumed to be crushed after being returned to Mitsubishi. — Update, 2018: This car has surfaced and is privately owned. The car is in Pennsylvania, USA.

Car No 42 was the “1st Unit Principle” (more commonly referred to as the “Hero car”) which is the one that they kept in pristine condition for use with the actors in the car. Both Paul Walker and Eva Mendez spent time in Car No 42.  It was also used when the studio required picture-perfect close-ups or detail video clips of specific items like the speedometer or the engine bay. It was the only EVO to get an engine bay makeover including a green-painted EVO VII cam cover, AEM adjustable cam gears, a GReddy oil catch can and green vacuum hoses as well as an upgraded intercooler. It was also furnished with Street Glow blue neon under-car lighting. Items like a heavy-duty aftermarket clutch were installed as well as eight, below-car camera mounts and tow tabs, which were welded to the car’s chassis. Car No 42 during its partial restoration had its owner find the correct Pioneer stereo head unit and reinstall it as well as a full complement of speakers which was never installed in this particular EVO.

Car No 43, the “2nd Unit Principle” (meaning the main Stunt car, or “Stunt 1”) Evo was sold (or donated) to the Volo Auto Museum in Volo, Illinois. It was on display for several years before being sold to a private individual. The Volo Auto Museum listed the value at $42,998 but was asking (and perhaps sold it for) $24,998 as listed on their website. Later that private owner then put it up for sale several times on e-Bay and it did eventually make its way to a new owner in Arizona where it was again put up for sale. It sold in 2014 at the Barrett-Jackson auction in Scottsdale, Arizona for around $46,200. Since it was kept inside, in a museum, the paint was still in pristine condition as the e-Bay and Barrett-Jackson pictures confirm. It was the only other Evo that had the Street Glow blue neon under-car lighting installed. Car No 43 was the only Evo that the Pioneer flip-screen in-dash stereo head unit, as seen in the movie, was still installed. The new owner contacted me in July 2017.

Car No 44 was the “Stunt” Evo and benefited from additional performance thanks to a Ralliart-supplied engine management system (as confirmed by the owner) as well as some of the aforementioned modifications. This particular Evo was found in California but was later sold through e-Bay in the U.S. and now resides in Europe, where it has been completely restored by its current owner. This particular Evo curiously had some “FF3” labels on the door jams suggesting that the studio was thinking of using it again in the 3rd installation of the franchise. It also had at least one of the stars’ autographs on the interior’s center console and had a stock Mitsubishi radio in it when it was found.

All three cars in the film had a full complement of aftermarket gauges and performance electronics that were removed from the vehicles before they were sold. These included an APEXi EL1 tachometer, boost controller as well as Boost and EGT gauges. The Pioneer DVD in-dash head unit, Rockford Fosgate speakers and/or amplifiers (likely never installed) and Passport radar detectors were also removed. No nitrous products were found installed on any of the cars. The most interesting product was Ignited’s C-Tech digital performance compass/timer which was not found in any of the Evos. The word on the street was it was a prototype product that was never sold to the general public. Attempts to secure one for Car No 42’s restoration were not replied to from Ignited.

Each of the Evos was equipped with the Dream D.A.M.D. front bumper cover, ARC Magic rear wing and TYC/Genera Lancer tail lamps that took a fair amount of custom fabricating to fit onto the cars. All examples rode on Motegi Racing FF5 wheels, with Toyo T1-S tires in 235/40ZR18 dimensions. House of Kolor supplied the candy lime-gold paint.