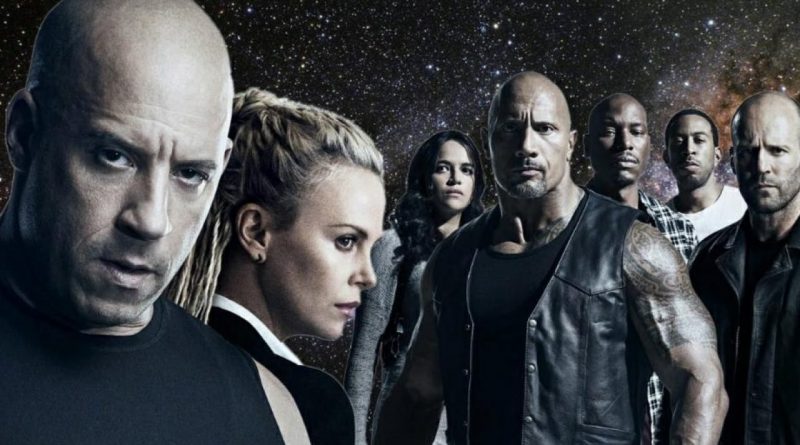 Fast and Furious 10 and Fast 11 Approved

It should be no secret that the Fast and Furious will be going into a tenth installment – I’ve been saying this for years. But now it seems, an eleventh film will wrap the franchise as we know it.

We’ve known for many years that the Fast and Furious movies would likely go all the way to a tenth film – Vin Diesel has long had the option written into his contract, according to sources.

However, getting to “Fast 10,”  will be meaningful symbolically. Diesel recalls a 2013 interview in London with Walker, whom Diesel refers to as “my brother Pablo,” before his co-star’s death: “He was always tickled by the fact that we were continuing. He was always so excited and so proud that his brother was thinking of these films before the studio, and even before anyone knew that there was another one coming and another one coming and that the stories had been worked out for him. He took great pride in that.”

“And I remember this giant smile on his face like, ‘What?! That’s impossible!’ But later that night we were talking, and I promised him that we would get to that point.”

Where are these movies going?

We don’t know because as I write this, we’re still months away from the release of Fast 9 which has been delayed because of COVID-19.

We DO know that in Fast 9, they are going into space. I’m not suggesting that the movie will take place partly in space, or mostly in space, what I’m guessing that there is a scene where one or more characters wind up in low Earth orbit or just momentarily entering space. My educated guess is that it has something to do with the “Space place” we see in the fast 9 trailer.

You can see the space plane in the last minute or so of the official Fast 9 trailer.

Is Street Racing Coming Back to Fast and Furious 10?

It is highly unlikely that street racing will make a comeback in any substantial way in Fast and Furious 10  beyond maybe a short scene that might be a flashback or a real time short drag race. Universal has long abandoned street racing themes because the math unequivocally proves that action movies sell movie tickets, racing movies do not.

Here is an article snippet from Deadline, dating back to 2011. (Link to the full article)

It’s already known that Universal has started Chris Morgan — the screenwriter of Fast Five as well as The Fast And The Furious 3: Tokyo Drift,  and Fast & Furious 4 — on the script for the sixth installment as part of his new production deal at the studio. But Morgan is also a great scripter of the crime-thriller genre, like Wanted. So what Fast Five sets up nicely is a Fast Six whose plot revolves around a major robbery. And Universal’s intent is to transform the street-racing franchise into a series of heist films.

It was Universal’s previous administration of chairman Marc Shmuger and co-chairman David Linde who put the original cast back together on Fast & Furious and then enjoyed a huge opening for what was then seen as a refreshed franchise. But Fogelson and Langley saw a roadblock ahead when they took over the studio: How long would or could this franchise last as is? “The question putting Fast Five and Fast Six together for us was: Can we take it out of being a pure car culture movie and into being a true action franchise in the spirit of those great heist films made 10 or 15 years ago?” Fogelson told me in an interview three weeks ago.

The studio honchos agreed that the next installments had to be less about street racing and about more inclusive subject matter. “We’ve heard so many people say, ‘I’ve never seen one, and I’ve never wanted to see one,’ about the Fast franchise,” Fogelson said. “So if these movies were still about street racing, there was probably a ceiling on how many people would buy tickets. We wanted to see if we could raise it out of about racing and make car driving ability just a part of the movie, like those great chases in The French Connection, The Bourne Identity, The Italian Job,” Fogelson explained. With Dodge as a partner, “Our strategy behind one of the biggest bets we’ve ever made is that the business has gone so far towards CG action every weekend, that we really believe creating a movie with real action and real cars will be amazing stuff to people excited by seeing something real.”

The article says it all: heist movies are where they’re going and where they have gone. I went over the reasons in the video below, but the gist of the video is that there’s more money to be made if they appeal to larger audiences, and there’s a giant segment of the population who simply don’t give a shit about cars (Prius owners mostly, I suspect). I know the concept of a person not caring about cars is unfathomable to gear heads like us, but one needs only to cruise some residential neighborhoods and look at the cars in driveways. 99% of them are NOT sports cars.

In this video, I lay it all out. Still, despite the clear evidence, there are those who still dispute the notion that a franchise like this one, one that got its start BECAUSE of street racing movies, can’t survive with street racing as the central theme.

Referring to the article from Deadline above, the studio executives have done the research and studied the data – action films make big dollars. Street racing movies don’t. The topic is closed for discussion, insofar as Universal is concerned.

So, while some of us will be disappointed with the lack of JDM cars and late-night street racing, just remember that you can watch this type of content all over the internet – for free. I recommend 1320 Video,

For myself, I’m quite happy to watch ANY movie where cool cars are doing impossible stunts especially if they’re crashed, crushed or launched into orbit.

4 months ago
by admin