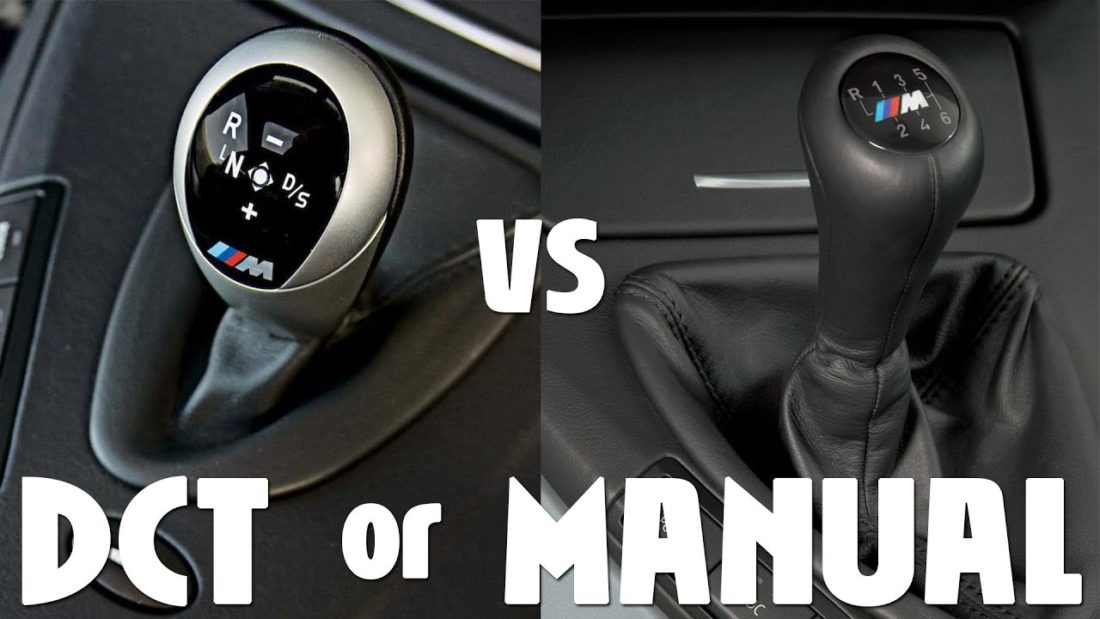 Is a Manual Transmission Better than a DCT?

I get quite a few comments week from hardcore car friends who lament my predilection for DCT transmissions over manual transmissions. I feel like I need to explain myself - after all, my readers deserve to hear the cold, hard, truth. This is an argument that I also see raging online and what always confuses the issue is when people who truly know very little about cars make claims not supported by data.   First, a little background on my own personal experiences. From the time I first acquired my driver's license back in the early 1980s, I always viewed automatic transmission equipped cars as rubbish. I wanted to row gears, learn how to heal and toe downshift and blaze through canyons, connected corners and nailing the blip-throttle on each downshift. I've owned 40+ cars. I learned how to race at several racing schools starting with Bondurant in 1988. I just loved shifting gears and still do.   All of the cars I've owned (with except for my commuter cars) were manual transmission cars with two exceptions - my 2002 BMW M3 (SMG) and my current ride, my 2015 Nissan GT-R.When I bought my GT-R, no manual was available and even if it were, 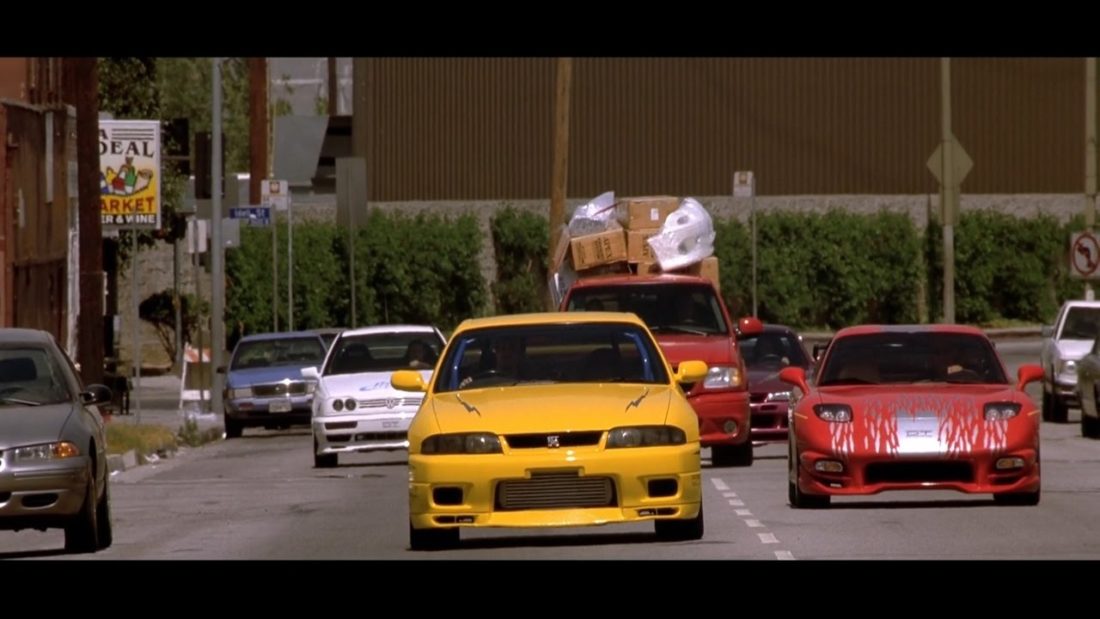 How To Find Parts to Build a Replica Movie Car

The cold, hard, truth.   For many people replica, building a replica movie car is childhood dream. For those who are brave enough to make such an investment, I wish I could tell you that it;s going to fun and easy. Unfortuately, it's not without extreme challenges. I can't tell you how many inquiries I get a day, often from seemingly desperate people who are at their wit's end, tyring to find that one last, impossible-to-find part. Or at least, that's how they make it sound.   In reality, 99% of them haven't even bother to do a simple Google search and I know it. Perhaps it's different in other markets but when it comes to building replicas of Fast and Furious cars, it seems to be much, much different. I actually had one dude who proclaimed that he couldn't be botthered to search Google because "it's just easier to ask you." Wow. How does one even respond to that?  This person forgets that I've typed the same answer probably 500 times this year alone. I wroted 86,000 words to author my book. There's another 20,000 words on this website and nearly 850 posts on my Instgram with details, specs and pictures - I 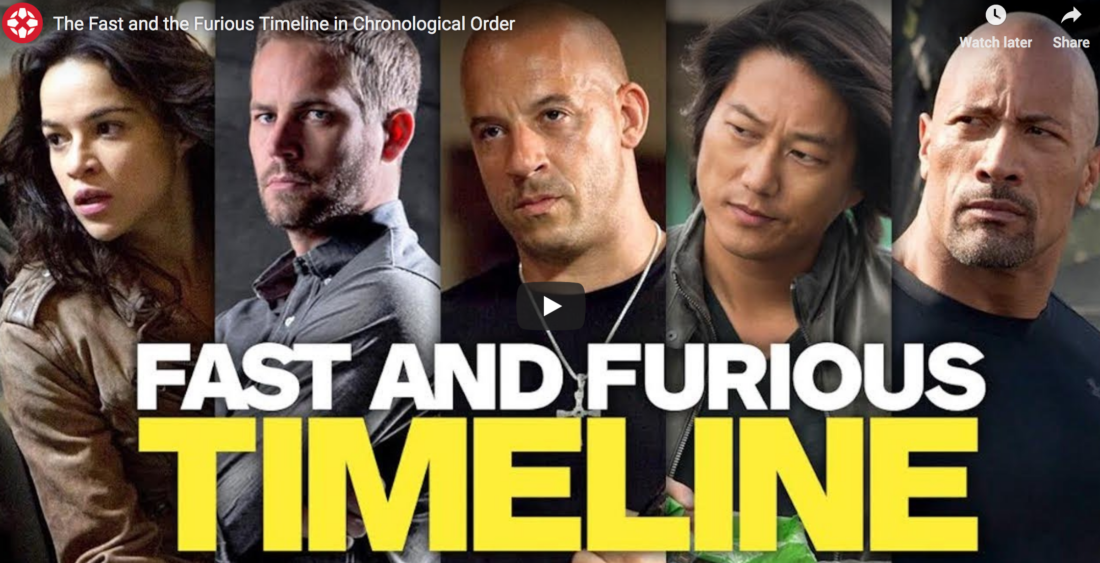 Even for die-hard fans, understanding the Fast and Furious timeline is something that seems to require a secret decoder ring - or so it seems. Let's dissect it and maybe make some sense out of it all. While there are still many plot holes and many things that seem to defy logic, this video does a great job of unraveling the mystery.    https://www.youtube.com/watch?v=3i7HWKiuY9Q   The plan developed over time What most people don't know is that Rob Cohen and Neil Mortiz had to fight to get this movie made. When Don Zepfel left Universal, Ron Lynch was his replacement. Ron greenlit the first movie, but proudly bragged he could make the film for $25M.  No way in hell, as this was a $50M by everyone's assertion. By the time production started, the budget was $38M - still a tiny budget, but the movie raked in $211 million.  Anyone with half a brain could realize that spending $38 million to make $211 million is a good profit. By the time Scott Stuber took the reins at Universal, he was looking for movies with franchise potential. I sat in a semi-private meeting with Scott at which time he told me of his desire to turn this into

The Supra vs the Charger: Who Really Won?

The Debate That Still Rages: The Supra vs Charger Race In the race at the end of the first movie, there was a lot going on behind the scenes. To understand who won the Supra vs Charger race, we have to set the stage so you understand it all.   For starters, the two cars NEVER ACTUALLY RACED. When you're making a $40 million dollar movie, you don't have time or the inclination to put at risk assets that are crucial to the making of the film. No responsible crew member would do this and if he did, he'd be out of a job right quick.   Second, you have to remember that the two actors didn't actually do the driving - stunt drivers did.   Third, you have to understand that the cars as you saw them in that scene were NOT equipped as you might think.   Both cars we saw in the big drag race were stunt cars. As such, ALL of the stunt Supras were NON-Turbo, automatic transmission cars. Stock, they made 220hp.  The Charger, which was also a stunt car had a Chevy 350. Chevy 350 motors are often swapped into stunt cars because picture car crews usually have a bunch of these laying around 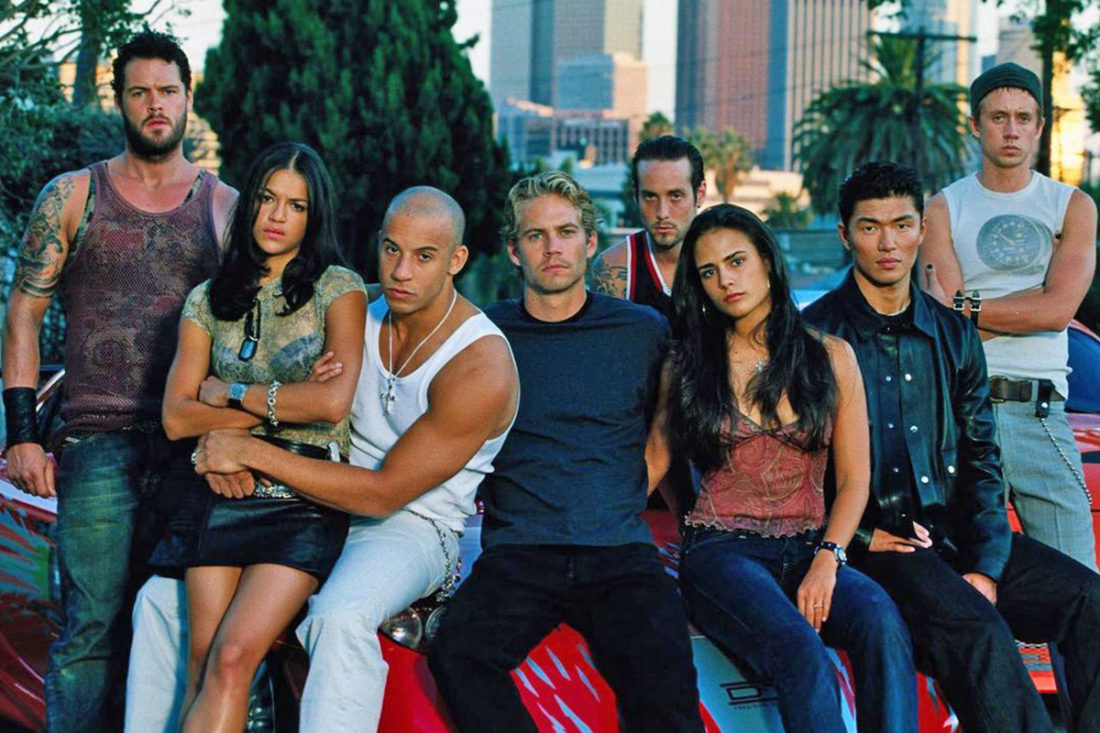 What Happened to Jesse, Vince and Leon?

Vince (played by Matt Schulze) made an appearance in Fast Five, but other than that, he's been missing from the franchise. But others seem to have been banished to uncertain end in the Fast and Furious world.   So what happened to Jesse, Vince, and Leon? Let's find out.   Matt's Career I met Matt on the set of the first movie during production in 2000. Since he was driving my Maxima, it was no surprise that we'd at least have some interactions those amounted to little more than exchanging some pleasantries a few times.   I didn't see him much more until after the film was completed when we ran into each other a few times at cast/crew screenings and again at the Hollywood Premier.   My impression of him is that he seemed to be a focused guy of few words, but then again, I'm just a nobody so I wasn't expecting an invite to marry his sister.   His career was moving along a decent rate by the year 2000. Schulze made his big-screen debut in 1998's action film Blade, as the character Crease.   He was also in an episode of Charmed, titled "Dream Sorcerer", in which he went into the dreams of women and killed them.   In 1999, Schulze was cast 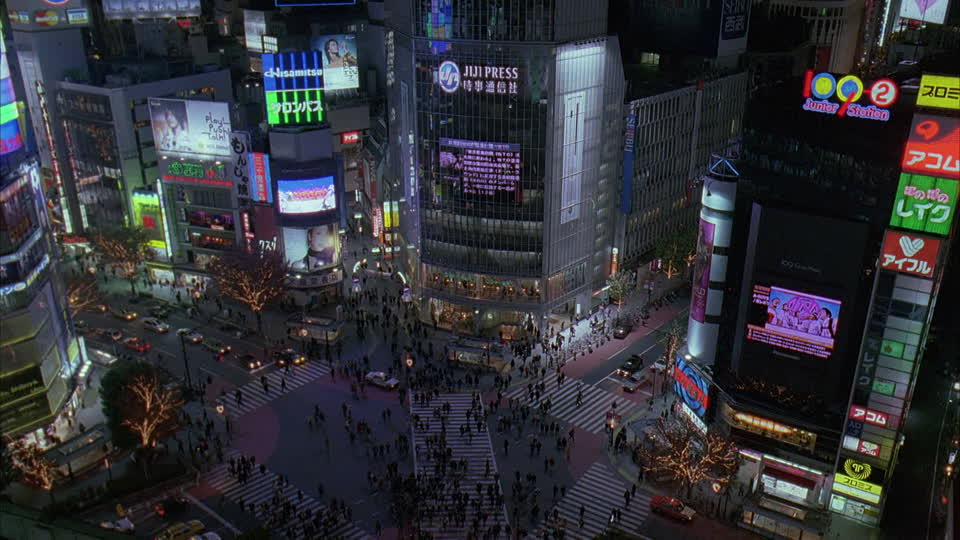 How Tokyo Drift Was Filmed in Los Angeles

How Tokyo Drift Was Filmed in Los Angeles One of the more fascinating stories of the Fast and Furious franchise was how Tokyo Drift was filmed in Los Angeles. Most people thought we really did go Tokyo to capture these scenese but in reality, the difficulty of getting filming permits plus the complicated (and expensive) logistics, coupled with actor's schedules made this impractical. The third movie in the series, this movie was a new twist to the story we heard in the first. What you're about to read is taken from an article posted in 2009 or so from an interview given by Matt Sweeney, who was a big-wig on the VFX team (visual effects).  The full, original article is here. Released in 2001, The Fast and the Furious featured some 150 visual effects shots. Two years later, 2 Fast 2 Furious more than tripled the shot count. With The Fast and the Furious: Tokyo Drift (opening today, June 16, 2006), Universal Pictures is raising the bar even higher with no less than 768 visual effects shots. Some 10 vendors contributed to the project, including (in credits order): Hammerhead (206 shots), Rhythm & Hues (123), CIS Hollywood (172), CafeFX (58), Pacific Title (164), Illusion