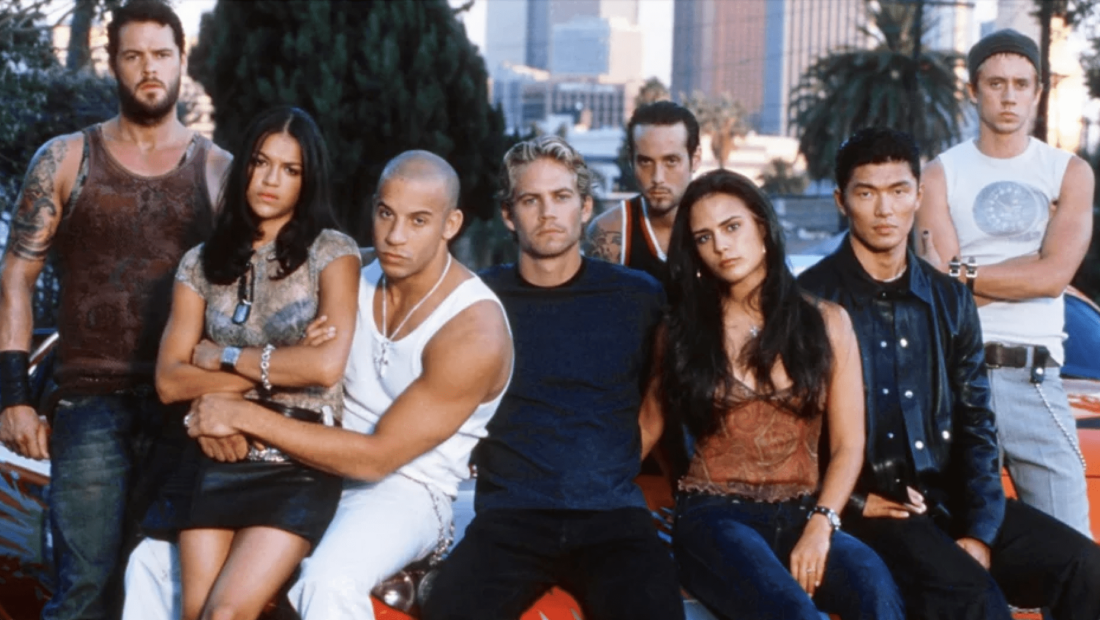 If there’s one question on The Fast and Furious film fanatics’ minds, it’s where are the stars now? Released as the new millennium was getting under full swing (feel old yet?) in 2001, the first film was a huge success, grossing a whopping $207 million compared to its $38 million budget. Over the past two decades, the franchise has been churning out sequel after sequel. In fact, the 10th film is on its way in 2023.

Many of us fell in love with some of the characters like Dominic Toretto (played by Vin Diesel) and Brian O’Connor (Paul Walker). With that in mind, you’re surely wondering what the stars are up to now and whether their lives have changed somewhat since the first film. Here are what the cast are up to these days.

Before joining the Fast and Furious extravaganza, Vin Diesel had famously appeared in an array of blockbuster films, including Boiler Room, Pitch Black, and Steven Spielberg’s Saving Private Ryan. The actor even lent his voice to The Iron Giant. What we can say for certain is that once joining Fast, his career changed overnight. In 2022, Diesel is a huge Hollywood star and producer. He has nurtured the series over the last 21 years, with many fans agreeing it’s Diesel who is at the forefront of the franchise.

For Fast and Furious fans, the tragedy of Paul Walker will always be etched in our minds. While we all miss him dearly and know the series is not quite the same without his presence. One notable scene we think of is Walker in Fast Five heading to a casino in Monaco to play roulette. You can follow in O’Connor’s shoes and play iPhone roulette games yourself. Walker’s legacy certainly remains. We don’t just mean on the series but on the cinema world as a whole. Before joining the first film as Brian O’Connor, Walker already had an impressive career.

In fact, Walker has appeared in a wide selection of films. These include She’s All That, The Skulls, and Pleasantville. Walker was also part of Disney family favorite Eight Below. Sadly, Walker was involved in a car accident and died on November 30, 2013, at the age of 40.

We feel for Letty. She’s definitely been through the motions in The Fast and Furious. Not only has Letty been lied to, shot at, and chased, she got amnesia to top it all off. After her brilliant debut in the 2000 film Girlfight, Rodriguez has appeared in many other films like Resident Evil, Avatar, and The Assignment. It’s not just action and thriller movies she’s lent her talents to either. Rodriguez has even had a part in Smurfs: The Lost Village.

Aside from her iconic role in The Fast and Furious, we can expect to see a lot more of Rodriguez in the coming years. In fact, she’s set to be in the new big-screen adaptation of Dungeons & Dragons which will see her star alongside Hugh Grant, Sophia Lillis, and Chris Pine. The film is set for release in 2023 and we can’t wait!

Similar to Rodriguez, Jordana Brewster is another long-serving member of The Fast and Furious films. Brewster returned to the franchise in the 2009 blockbuster and has featured in all the movies since, including the upcoming final two-parter.

Along with Paul Walker, Brewster helped in forming the other big love story at its heart. After her movie screen debut in 1998’s The Faculty, Brewster went on to star in Home Sweet Hell, Annapolis, and The Texas Chainsaw Massacre: The Beginning. She’s also been a common fixture on our TV screens too, most notably in Dallas, American Crime Story, and all 3 seasons of Lethal Weapon alongside Chase Crawford and Damon Wayans.

Rick Yune is known for playing Johnny Tran in The Fast and Furious, a Vietnamese gang leader. In fact, Yune was the first huge rival for Dom to have to overcome before many others would land on his doorstep over the next 20 years. Making his breakthrough in 1999 with his role in Snow Falling on Cedars alongside James Cromwell and Ethan Hawke, his part in The Fast and Furious franchise has helped him land many iconic roles over the years.

Yune is perhaps best known for starring in blockbusters like Die Another Day and Prison Break. In recent years, the actor has been seen in Jiu-Jitsu with Nicolas Cage and Alita: Battle Angel.

Matt Schulze played Vince in the first Fast and Furious film. Before getting fast and furious at various points of the franchise, Schulze was part of the original Blade series! 1998 was Schulze’s first film where he appeared in Stephen Norrington’s Crease.

While Schulze has only been in one of The Fast and Furious blockbusters, that’s not to say he hasn’t graced the big screen ever since. He’s gone on to play all kinds of roles in films like Out of Reach, Torque, Mr. Brooks, and Extract. Schulze has even played a part and directed the film The Acquirer. As well as the big screen, Schulze has been on the TV circuit too. He’s been in small roles on the likes of CSI: Miami, Law & Order: Special Victims Unit, and Weeds.

Millions upon millions of us all over the planet love indulging in all things Fast and Furious. If you’ve watched the films over and over again, you may often wonder where the stars are now. Many of the stars from the first film have gone on to secure successful roles in blockbuster titles. 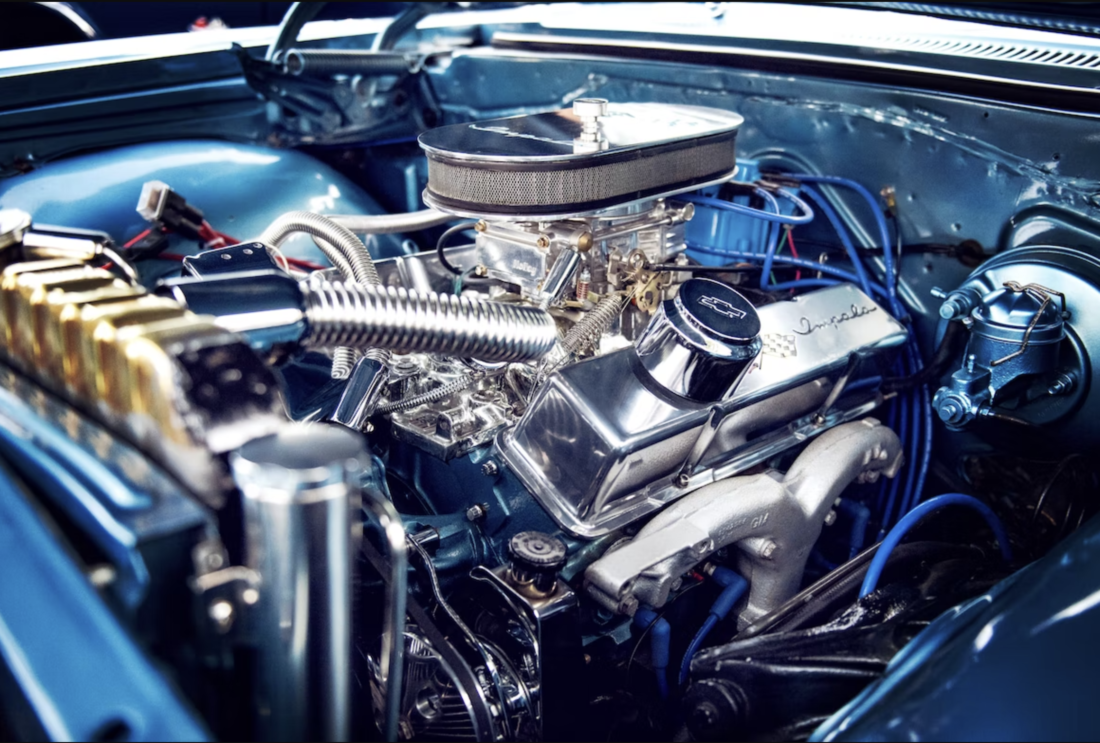 Things to Keep In Mind Before Buying an Aftermarket Car Product

We all want to keep our cars running smoothly. When something breaks or wears out, we tend to go straight to the manufacturer for a replacement part. But aftermarket parts, those manufactured by companies other than the original equipment manufacturer (OEM), are just as good and sometimes even better quality than their factory counterparts. Suppose you're considering purchasing an aftermarket product. In that case, you must understand what could go wrong down the road so that you can avoid those issues and make an informed decision about whether this is worth it for your vehicle. You Don’t Need Every Aftermarket Product The first step to being a good aftermarket car shopper is to know what you're getting into. There are many different kinds and brands of aftermarket parts, and each has its pros and cons. According to Grand View Research,  the global auto aftermarket industry was valued at 408.5 billion USD in 2021, and it is expected to register a growth of 3.4% from 2022-2030. Compared to it, the global auto OEM market size was 32.4 billion USD in 2021, which is expected to be worth 46 billion by 2030. To check which type of part is right for your car or what is compatible 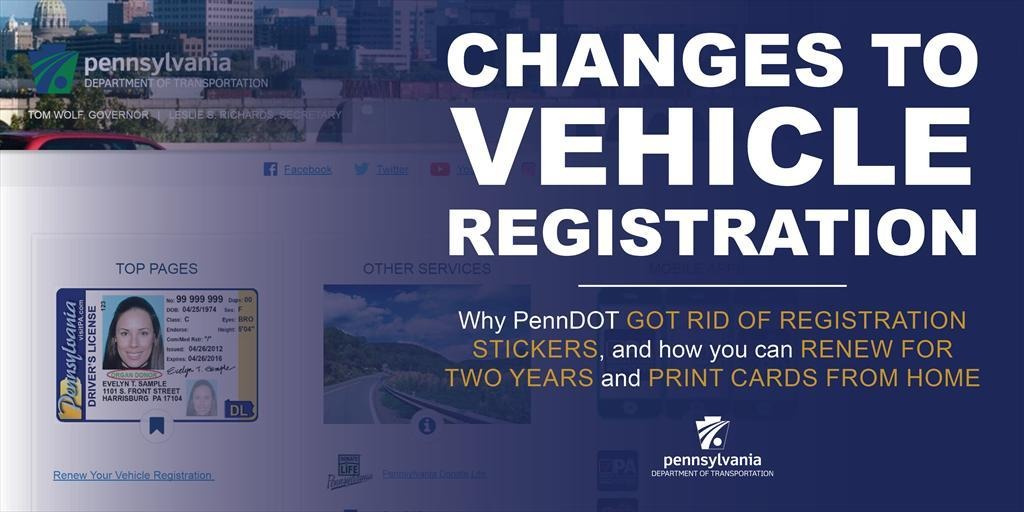 Can You Drive A Vehicle With Expired Registration In PA?

Can You Drive A Vehicle With Expired Registration In PA?   When you live in Pennsylvania, and you are a driver, you need to know that driving without any form of registration comes with repercussions when you get caught. Some regulations have been put in place to protect every driver, and these rules are also set so that drivers can know of the consequences that they will face when they don't follow the rules set.   Registration is very important because it allows the state to know the type of car being driven, and they will also be able to know how to fix a car in case it gets damaged in an accident. As a driver, you need to know that you will have to face the consequences of driving with an unregistered vehicle. What Happens When You Don't Register Your Car in PA? When you purchase a vehicle in PA, you need to register it; if you don't, you will not get legal state license plates or registration documents. When you don't have the right documents, you will be pulled over by the first police officer you meet on the road, and you will have to answer some questions and explain to them why